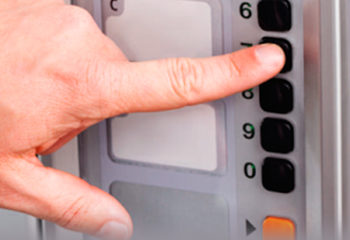 Breast cancer is the one of the most common cancer among women and a major cause of increased mortality rate worldwide. The mitoses give an important indicator of the invasive breast carcinoma and hence are of great significance in diagnosis and treatment. However, the manual annotation by histologists is time-consuming and subjective with limited reproducibility. To this end, the development of automatic detection methods is essential for improving the efficiency and reliability of pathological examination. However, automatic mitosis detection in breast histology images is a very challenging task for several reasons. As the mitosis is characterized by a large variety of shape con- figurations, which are related to the high variation of biological structures. Also due to resemblance to other cell types such as apoptotic cells which carry similar morphological appearance with mitosis resulting in lots of false positives in the detection process. Further, the different conditions of histology image acquisition process, including sampling, cutting, staining, and digitalizing, increase the variabilities of mitosis appearance. This is common when the tissue samples are acquired from different patients or at different time slots. The number of mitoses per tissue area gives an important aggressiveness indication of the invasive breast carcinoma. However, automatic mitosis detection in histology images remains a challenging problem. Traditional methods either employ hand-crafted features to discriminate mitoses from other cells or construct a pixel-wise classifier to label every pixel in a sliding window way. While the former suffers from the large shape variation of mitoses and the existence of many mimics with a similar appearance, the slow speed of the later prohibits its use in clinical practice. The number of mitotic figures visible in histology sections is an important indicator for cancer screening and assessment. Normally, the count is performed manually by histologists, but automating the process could reduce its time and costs (thus making it more accessible), minimize errors, and improve the comparability of results obtained in different labs. Mitosis detection is very hard. In fact, mitosis is a complex process during which a cell nucleus undergoes various transformations.